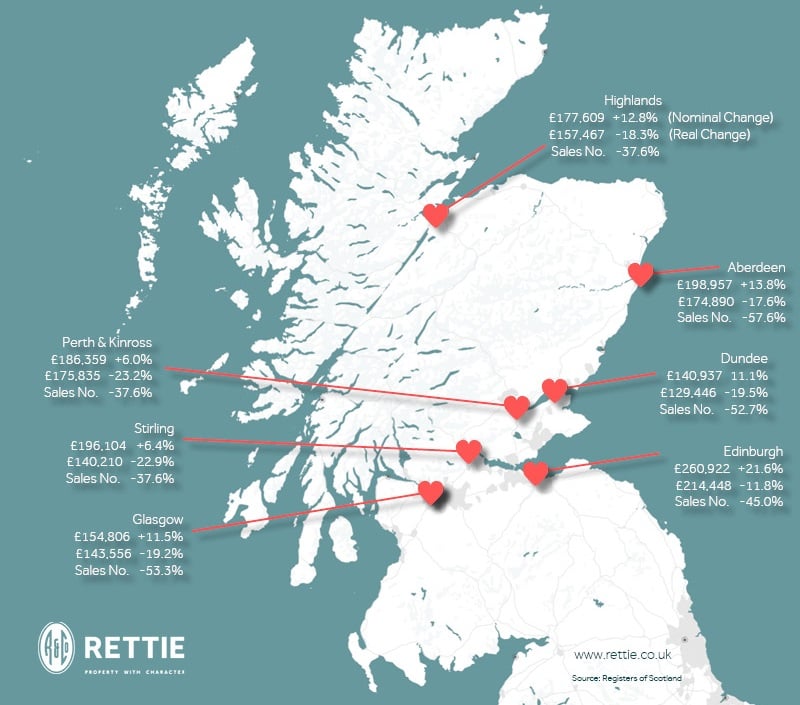 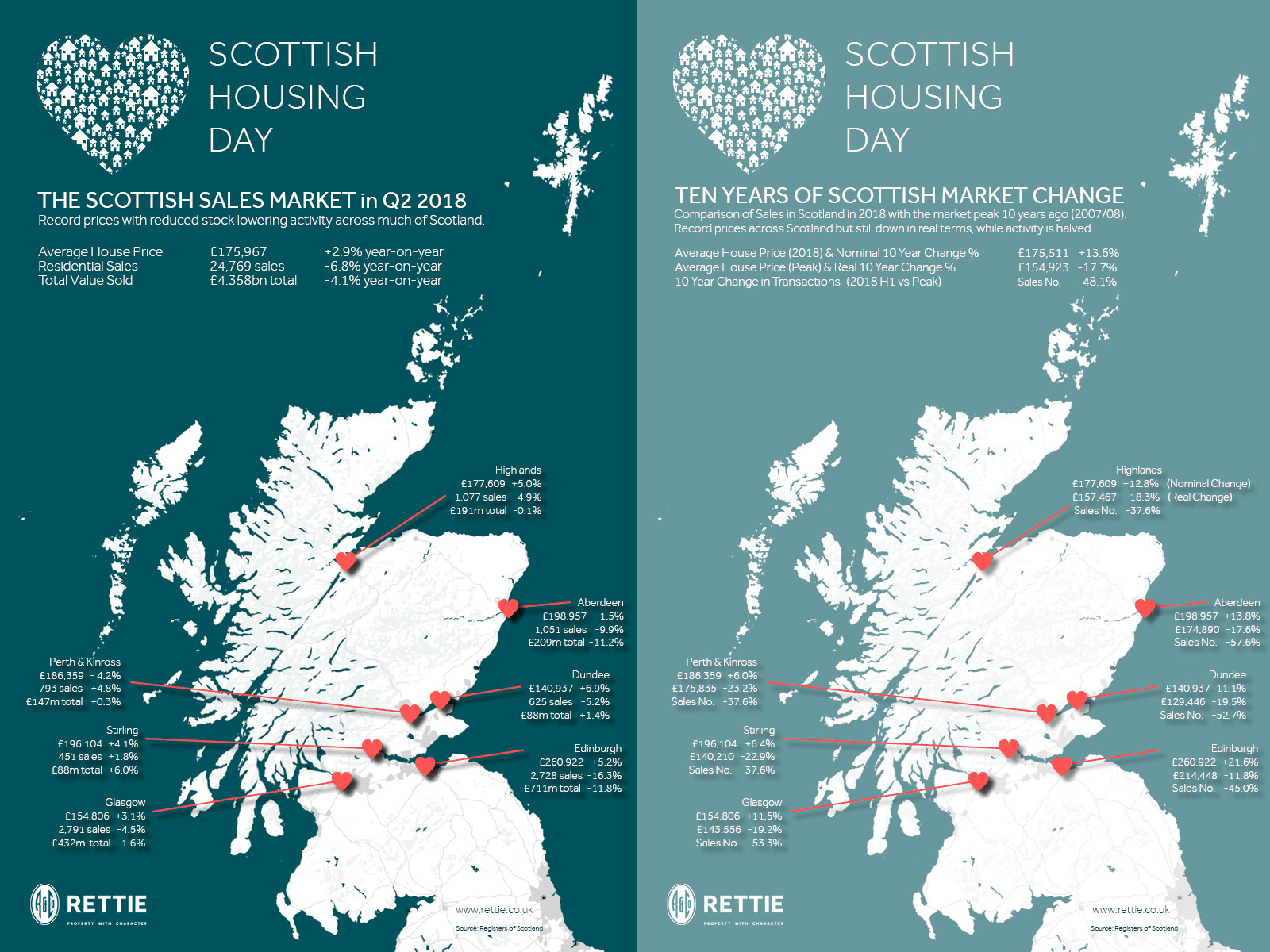 Humanity is an engine of change. Our mythology is permeated with parables and allegory guiding our path through the unyielding changes over seasons, years and millennia. Our literature is punctuated with fables, witticisms and treatises on man’s ever-changing understanding of the world. Our societies are gilded with manifestos and monuments marking transformative events and ideas. This hardwired necessity to notice and mark change, be it seasonal or systemic, is as inevitable as change itself.

On Scottish Housing Day, and 10 years after the fall of Lehman Brothers and the onset of the global financial crisis, there is a certain inexorable obligation to mark and measure the changes we have seen in the past 10 years.

Much can change in 10 years, and does.

By December 24th 1799, a decade after the Abbé Emmanuel Joseph Sieyès published his pamphlet, “What is the Third Estate?” in January 1789, Bonaparte was confirmed as the First Consul of France and the French Revolution had started and finished, giving the world a middle-class revolution – abolition of feudalism; societal, religious and financial reform; the Declaration of the Rights of Man; and mandate for individual freedoms.

Just after Christmas in 1831, a 22-year-old Cambridge University graduate boarded the second survey expedition of the HMS Beagle. After 5 years at sea and 5 years of thought, a 33 year-old Charles Darwin sat down to write his first “pencil sketch” of the Theory of Natural Selection.

In the 20th century, a century of change, we can look to the years from Hitler’s confirmation as Fuhrer in 1934 to the end of WW2 in 1945, or JFK’s challenge for man to walk on the Moon “before the decade is out” as humanities contrasting capacity to manifest change.

So, against this backdrop, what change have we seen in the past decade? Whilst you might have just bought one of the first generation of iPhones, you certainly would not have been booking your Uber to take you to your Airbnb, which you found after using the GPS enabled on your smartphone, whilst listening to Spotify, before posting a picture of your view on Instagram as your new job as an Influencer, whilst waiting for your Deliveroo order to be delivered by a self-employed zero-hours entrepreneur.

In the property market, the legacy of the Global Financial Crisis (GFC) over the past 10 years has been wide-ranging and varied across geographies and generations. At the simple level, according to the UK HPI, you can now buy the average house in Scotland for £150k, only £9k more than a decade earlier; this represents a barely noticeable compound annual growth rate (CAGR) of 0.6%. The official house price figures for Registers of Scotland reports a higher average price of £175k, which is still only £15k above peak levels and returns a CAGR of 1%. If you compare this to the fact that in 1997 the UK HPI recorded the average home in Scotland at £48k, by 2007 you could bought, sold and pocketed almost £100k having benefitted from double digit CAGR.

In terms of market activity, there is an equally stark contrast. Despite the market improving from 2013 onwards, in the first half of 2018 there were c.43k sales in Scotland, totalling £7.6bn in value. At the peak of the market in H2 2007 there were almost 84k sales totalling £13.3bn in value. This is a -48% fall in sales activity and -43% fall in total market value. While it is arguable that transaction activity at the peak of the market was unsustainable and built on weak foundations, the counter point can be made that Scotland’s population has been rising and average household size shrinking causing rising housing demand that has not been met by new housing supply. And housing supply has been another major change.

It would be tempting to simply summarise housing supply over the past decade with series of statistics such as a -28% fall in total housing completions decade-on-decade, or a -37% fall in private sector completions. It is also popular to blame land banking and greedy developers for the failure to deliver much needed housing, or under resourced planning departments and bureaucratic red tape. Or, looking forwards, rising material costs and labour shortages during Brexit. Whilst all, or some, of these issues may be true, the decade long undersupply of new homes reveals other changes in the housing sector. 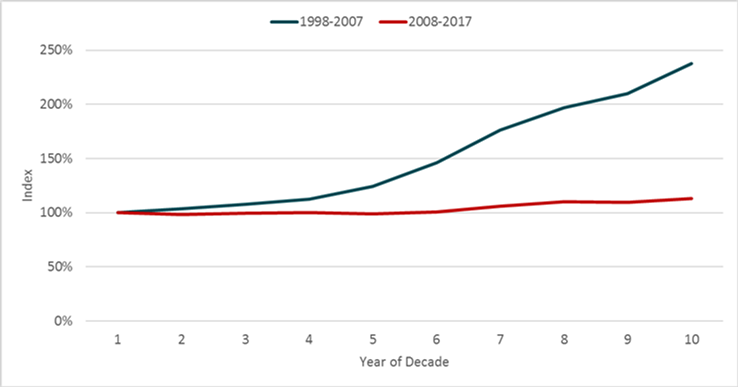 Home Ownership for the ages

The 20th century saw expanding rates of home ownership in the UK, reaching a zenith under the Conservative philosophy of the stakeholder society, which persisted into the 2000s under New Labour. Policies such as Right-to-Buy and a tax system that rewarded property ownership consolidated this view, and with rising house prices underpinning household wealth, any political or intellectual dissent was side-lined to the fringes. This housing model relied on cheap mortgage lending to households to underwrite private sector house building for sale; the chosen model of delivery for 30 years. Historically, for the majority of the 20th century, it was the social sector in Scotland that the main supplier of new homes. At its peak in 1950, the sector was delivering 32 new homes for every 1 built by the private sector. This role as majority provider continued until 1978. In the decade leading up to the financial crisis, the private sector delivered 216k homes in the UK compared to 42k in the social sector, a ratio of over 5 to 1. In the past decade, this ratio has dropped to 2.9, with the private sector delivering an average of c.12k units a year compared to almost 20k a year in the preceding decade. This outsourcing of housebuilding to the balance sheets of individual households through mortgage debt worked well up until the point it didn’t.

The change in mortgage availability over the past decade has caused two major issues, the first being the noted is the challenge of paying for new housing; the second being the move away from home ownership. The lack of available mortgage debt, combined with housing affordability issues, has meant that an increasing proportion of households are now in the Private Rented Sector (PRS); around 15% nationally, up from 9% a decade ago and nearer 5% ten years before then. For younger households, this rise has been more acute. In Edinburgh 20 years ago, less than 1/3rd of households under 35 years old were in the PRS, a decade later this was approaching 50% and now, 10 years on, this nearing 2/3rds.

This change in tenure means that while the number of households in Scotland has increased by over 125,000 households since 2008, the number of households in the owner occupation tenure has actually dropped by 20,000. The number of households in the PRS now totals over 360,000, up by 150,000 since 2008. With demand high, but mortgage funding low, there has been an increase in institutional rather than individual investment in the PRS in the form of Build to Rent (BTR). BTR is a form of housing supply more familiar in countries such as the US and Germany, the latter being the poster child for a stable housing market built on a strong rental sector where tax and legislation encourages long term rental investment and occupation, as well as higher levels of institutional investment. With changes to the Scottish Private Residential Tenancy (SPRT), Mortgage Interest Relief (MIR) and the introduction of Additional Dwelling Supplement (ADS), complimented by Government support for intermediate and rental tenures as the solution for the housing shortage, the prevailing trend would suggest we are leaving behind majority home ownership and individualism, and moving a residential sector of tenure fluidity and incorporation.

This change in tenure can also be understood in the dramatically different experiences of the housing market in the past decade compared to that of previous decades and generations. Analysis of the generational experience of the housing market at the age of 30 years-old shows the Baby Boomer generation benefit from an 8.3% annual housing market increase, whilst Gen X had a negative -2.4% experience. Millennials have had nothing but market ennui. It is now estimated that three-quarters of housing wealth in the UK is held by the over 50s. Comparing these experiences, then it is understandable that there has been a shift in the attractiveness of housing as an investment for more recent generations and this change is to consolidate unless there is radical market change or intervention. 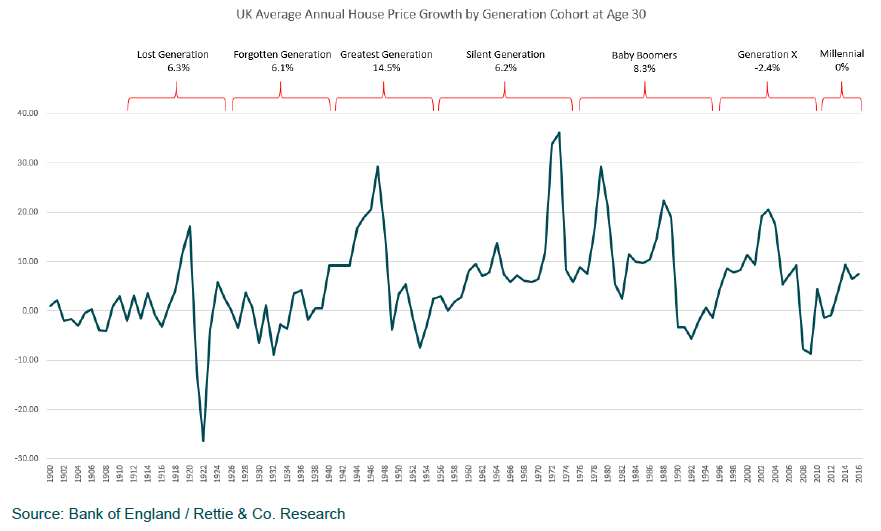 Looking back then on the past decade, there can be no doubt that we have seen profound changes in the housing market, often with their roots reaching further back in time. However, on Scottish Housing Day, with its positive message of delivering housing which addresses Scotland’s economic, environmental and social needs, it is also worth considering the potential of the housing sector to not only meet basic needs of shelter and security but to deliver transformative and positive change to people, families, communities and societies. Indeed, it might be worth being over literal in embracing the view that, “The secret of change is to focus all of your energy, not on fighting the old, but on building the new.” Socrates