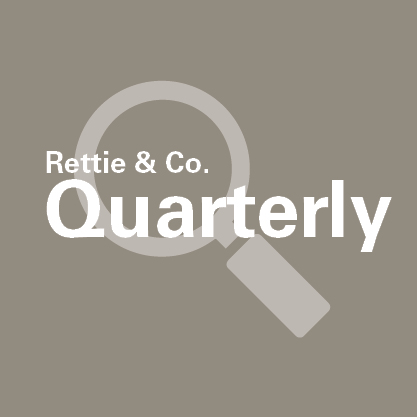 As darkening evenings signal the arrival of the Autumn market, this also means conference season. Over the course of September, October and November there are more than enough professional gatherings to wear a hole in the most robust of dinner jackets, or dull the red of any pair of Louboutins. As our Development Services Team journey into the heart of the sector we will attempt to bring missives from darkest corners of the buffet table, and conflict torn discussion panels, to keep our clients informed, but out of harm’s way of PowerPoint transitions, networking name badges and tepidly warm stick based foods.

RESI Conference at Celtic Manor, Wales (13-15th September)
Hazel Sharp Webb, who has recently joined us to head up the PRS & BTR Team, made her annual sortie to the RESI Conference in Wales. This year’s conference theme was ‘Modern Methods of Disruption’, with a strong focus on the role of Build to Rent (BTR). With 80,000 BTR units either completed, or planned, in the UK, this topic is increasingly centre stage at every event.

Some other notable themes from the conference included….

Political & Regulatory Environment
The UK Government’s new housing and planning minister, Alok Sharma, delivered his first major public address at the conference. During his speech, he outlined plans to reshape housing policy, but managed to deflect challenges to SDLT, as a “matter for the Treasury”. He did though confirm that letting fees will be banned (following Scotland some 5 years on) but pledged that rent controls would not be introduced in this parliament, even going as far as suggesting they were part of a “Marxist agenda”. At a time when Rent Controls are becoming a hot topic in Scotland, this difference in policy is of clear relevance to the Scottish Property Investor, and the nascent Built to Rent Sector.

London vs the Regions
It wasn’t all about London and the South East. There was an ever-increasing emphasis on the regions. This shift is perhaps unsurprising given the dynamics currently at play in the London market and the potential for growth and returns in the regions. This also reflects our experience of increasing interest from foreign and domestic actors looking for first mover advantage in the BTR sector in Glasgow and Edinburgh. As head of PRS & BTR Hazel summarises this view succinctly, “the opportunities for BTR in Scotland far exceed the threats and risks perceived by the new tenancy regime, and the prospect of designated rent pressure zones. Lower entry prices, strong yields, multiple dwellings relief on LBTT, and more certainty around the regulatory regime, relative to the rest of the UK, are all in Scotland’s favour”.

The importance of this sector and the growing investor interest in Scotland, will be considered in more detail when we once again deploy the complimentary note pad and biro at The Build to Rent Forum Scotland on 12th October. This event, is in its third consecutive year and Rettie & Co. are delighted to be Conference Partners this year. To have your opportunity to hear our Director Matthew Benson address the prospects for BTR in Scotland, after which you can join us for a much-needed glass of wine, book your place at www.buildtorentforumscotland.co.uk

Collaboration
Another common theme at the conference was the need to be more cooperative and collaborative as an industry, in order to take advantage of opportunities. The need for collaboration was mentioned throughout the RESI Conference, with the baton starting with Alok Sharma and ending with the former head of MI5, Baroness Eliza Manningham-Buller.

The Rise of PropTech
The PropTech sector has been rapidly maturing over recent years and there was a stream of content dedicated to PropTech which ran parallel to the main conference, as well as some PropTech exhibitors, highlighting some of the emerging themes – from virtual viewing to online processes to residents’ portals and mobile apps. Just as FinTech before became the disruptor and darling of the investor class, so PropTech is now stepping forward to be a potential gamechanger, through delivering an enhanced customer experience and operational efficiencies. How this sub sector develops will be well worth watching. This said, before we face the singularity, property remains a people led industry and the importance of engaging good people in the delivery of exceptional customer service and hospitality remains a core principle.

So far in September Dr. John Boyle has been taking a deep dive into policy and how we can address the ongoing crisis of new housing supply.

Scottish Planning & Environmental Law (SPEL) Conference (21st September)
At the Scottish Planning & Environmental Law (SPEL) Conference discussions circled planning reform and how planning might assist the delivery of more new homes. Planning remains a major issue, and currently the consensus seems to be that whilst reform is a foot, few of the changes offer much hope of dramatically assisting the number of new homes being built. As John noted in his presentation currently only Midlothian is delivering an adequate number of new homes, relative to its population, to meet the Scottish Government’s Housing targets.

Harper Macleod National Housing Conference, Edinburgh (13th September)
John also spoke at the Harper Macleod National Housing Conference where the topic for discussion was ‘Innovations in the Sector’. Outlining the current crisis of housing supply, John then turned to some of the progressive ideas emerging in the sector including Mid Market Rent and Built to Rent as vehicles to address the housing shortage. He also referenced our current work on reforming the traditional delivery model – work which we are discussing with councils and house builders to pilot.

UKPP Scottish Property Conference, Edinburgh (6th September)
Once again BTR was front and centre, and again John was called upon for policy insight. Common themes of public and private sectors cooperation to maximise opportunities were discussed, with Manchester cited as a great example of how such an approach can succeed. Mirroring our experience in the market, interest from overseas investors was a common talking point. With a global overview, domestic nerves regarding Brexit or the prospect of Indyref2, are seen as relatively low risk to overseas investors when compared to the tumult facing other territories.

Herald Property Awards, Glasgow (21st September)
Closing out this update from the buffet line, and with the fog of indeterminate sparkling wine still lifting, last night’s Herald Property Awards in Glasgow was a light escape from policy to enjoy some of the successes of the sector. We were thrilled to sponsor the Best Residential Team Award and were magnanimous with polite applause and fixed smiles when our Harbour Point development received a commendation, rather than a win, for Best Affordable Housing Development of the Year.