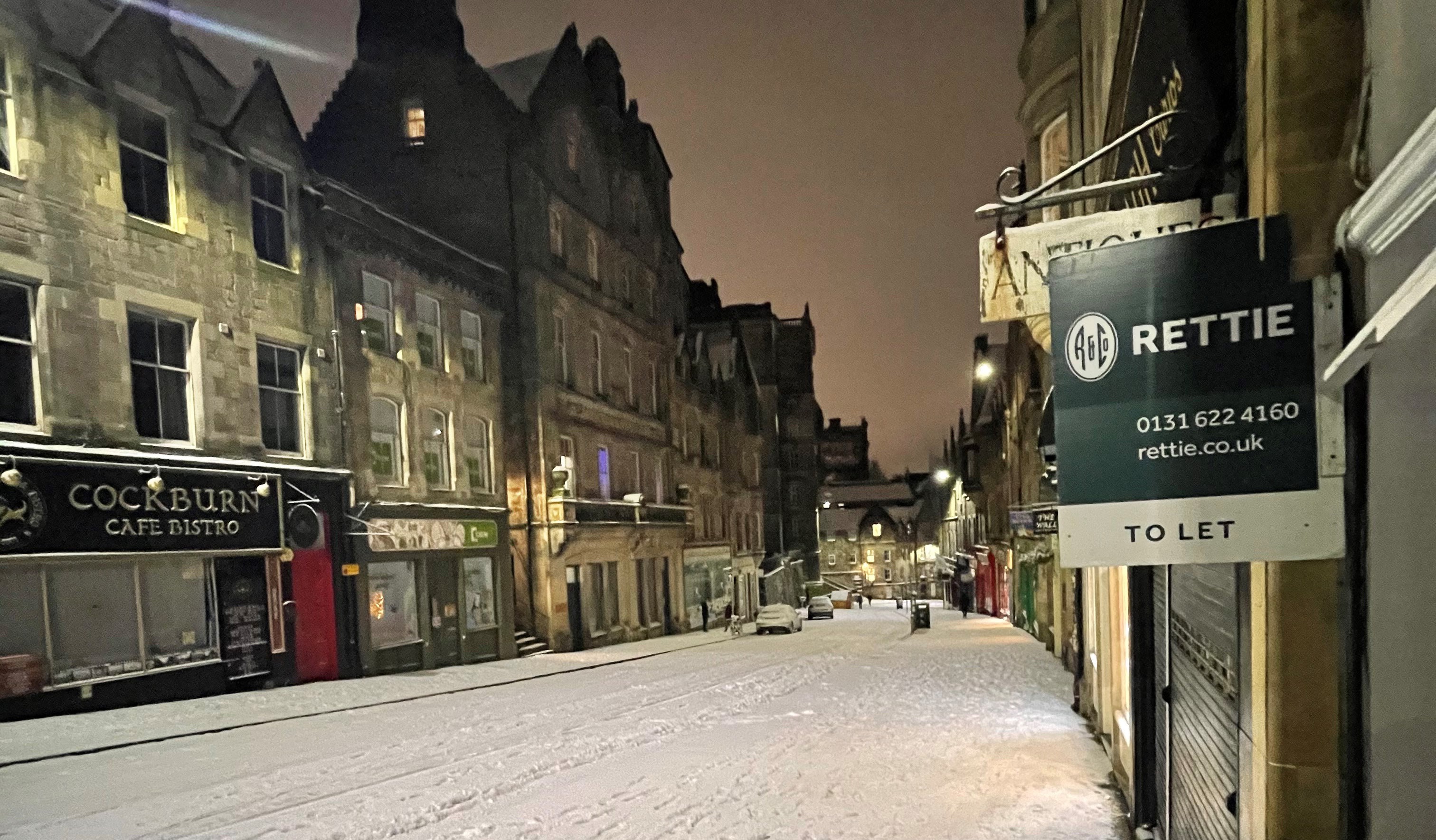 Known as the Athens of the North, it may now be an apt time to borrow another parallel from the Peloponnese in describing Edinburgh’s current rental market. The 2020 figures from Citylets have reported the first annual fall in average advertised rents in Edinburgh since 2009, and this has raised concern among some of those involved in the market. However, this downturn is not unexpected. Indeed, the strengths which have made Edinburgh such a strong rental investment, (education sector, centre of finance and politics, business tourism, The Festival, a diversified growing economy and inward migration) have all contributed to the rental market’s reaction to the pandemic. They are also the reasons that once a form of normality returns, the market will be well placed to recover.

The pandemic triggered a sharp upturn in long-term rental supply, while simultaneously constraining demand.
This led to a -4.1%pricefall in Q4 2020, the first in a decade.

Supply in Edinburgh’s most active rental markets was up c.15% YoY in 2020, with some areas seeing supply over twice the level of a year earlier.

The strong fundamentals of Edinburgh, and its economy, are expected to drive rental market recovery as lockdown
restrictions are eased and ultimately lifted.

A Fall in Average Rents in Edinburgh

Figures reported by Citylets in their Q4 2020 report have shown a -4.1% fall in average advertised rents in the Capital, the first fall in annual average rents since 2009. In a time of uncertainty, this fall has been met with consternation in some quarters. However, it is worth understanding the context and reasons behind the Q4 figures. First, to place this quarterly fall in context, over the past 10 years Edinburgh has seen average advertised rents rise by over +40% returning a +4.4% compound annual growth rate in the decade running up to 2020. Over the past 3 years, including the pandemic and the most recent fall, average rents are still up +6.8% and have returned a compound growth rate of +2.2% per annum. These figures could be considered surprisingly positive given the political and economic headwinds.

Secondly, it is worth understanding the unique nature of Edinburgh’s rental sector, and this rise of short term lettings in the last six years. The pandemic closed down core areas of demand for this market, shifting some stock in to the traditional PRS. At Festival Time, there would usually be over 14k short term lets listed on major portals, these halved in 2020 and much of it went in to the long term PRS market. This was especially true as the pandemic extended beyond the initial months increasing revenue distress in the short term rental sector. In the most active rental markets (EH3, EH6 and EH7), stock levels in the traditional PRS were up around +15% for the year as a whole, with supply in some months in the second half of the year being twice that of a year earlier. The laws of supply and demand, combined with the responsive nature of the rental market led to a price correction. A third and final thought, and maybe a silver lining. Unless you believe the end is nigh, then at some point travel, education, The Festival and immigration will resume to more normal, if supressed, levels. The strengths and diversity of the Capital economy, which has been its Achilles Heel during the pandemic, will become its Trojan Horse and support returning demand. After 10 years of rental growth, a pause in growth may also not be seen as a bad thing, especially against the calls for Rent Controls. The pandemic has essentially run a supply and demand experiment in the Capital and shown, as has been advocated for some time, that a significant increase in supply in stock would ease price pressures in the city without the need for political intervention. Perhaps something to dwell on as lockdown continues.

Edinburgh has seen a decade of rental growth

"An influx of short term lets into the traditional private rental sector, combined with supressed demand from students, limited in-migration, and constrained market churn led to an annual fall in average rents in the Capital. However, the rental market is highly responsive and the strong fundamentals of the City will likely see an increase in demand as lockdown eases once again."