Housing market cycle - Where are we now?

The graph below shows changes in mortgage approval levels over the last 16 years together with movements in real house prices. In Scotland, real house prices, despite the peaks and troughs, have grown by around 2% per annum since 1974. The red line shows the trend since 1997. The housing market has at times been above and below this trend, but tends to revert to it over time. 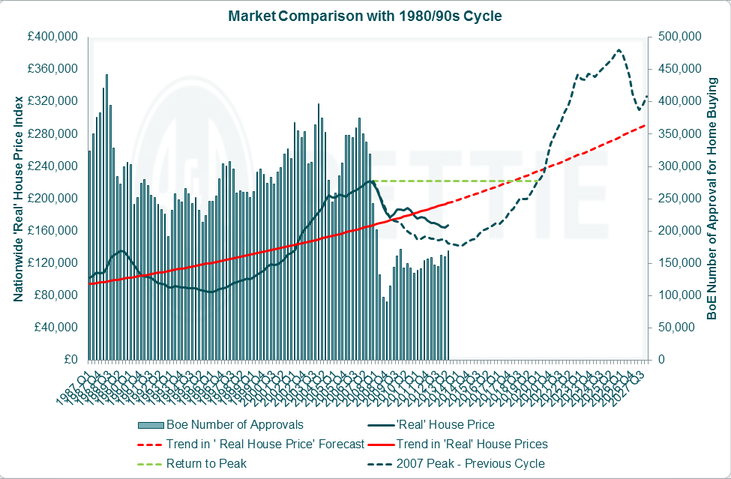 As the housing market recovers (now being seen in the rising number of mortgage approvals), we can expect real house prices to turn up again. The dotted line would see us having a similar cycle as the previous one from 1990-2007. It is likely to take to around 2018 before real house prices will be equivalent to what they were in 2008, but after that growth is likely. The housing market is highly cyclical and such patterns can be expected to be repeated. Although it is unlikely that lending would ever get so out of synch with wages again to generate the house price bubble that we saw over 2001-07, the long-term trend does indicate that we can expect stronger real house price growth in the next few years. Rettie & Co have recently upgraded our house price forecasts – we are now expecting 20% growth over the next 5 years. 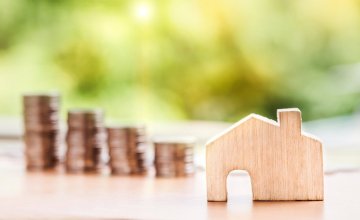 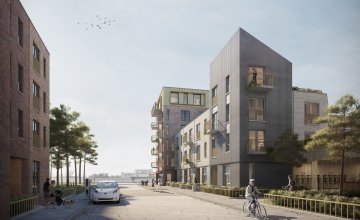 The UKAA, the membership organisation for the UK Build to Rent (BTR) sector is urging newly elected Scottish Councils to embrace investment in build to rent and co-living ... 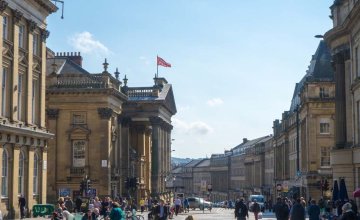 Looking for an inside scoop on what to do this summer in Newcastle upon Tyne?    There are a selection of e...