The Implications of the UK’s New Stamp Duty Rates

Yesterday, the Chancellor of the Exchequer in his Autumn Statement announced changes to Stamp Duty designed to make the system more proportionate across the UK.

These changes came into effect immediately at midnight (4th December) and mean what house buyers will pay in terms of taxes on their property purchases will alter from this point. It appears that anyone who has exchanged contracts but not completed by last night will be able to choose whether to pay under the old system or the new, so no-one in the middle of moving house should lose out.

The new rates, compared with the old rates, are as below. 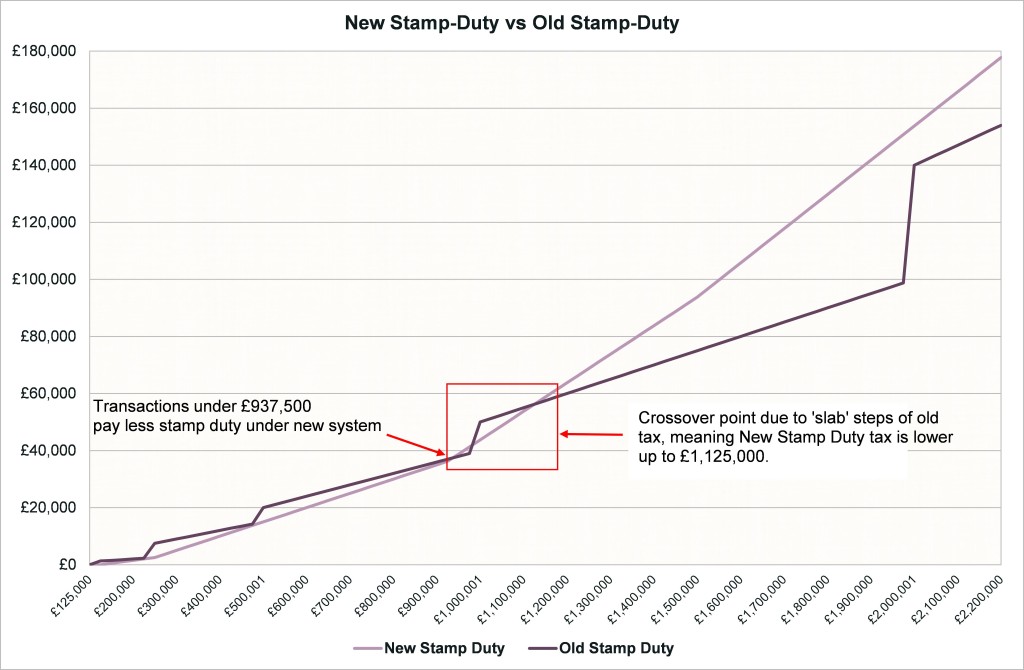 What this means for Scotland

This can be contrasted with the new system in Scotland, due to take effect in April 2015, which is replacing Stamp Duty with Land & Buildings Transaction Tax, or LBTT. If you are buying a property in Scotland from midnight on 4th December to when LBTT is introduced, you will pay the new Stamp Duty rates. After that, you will pay LBTT. 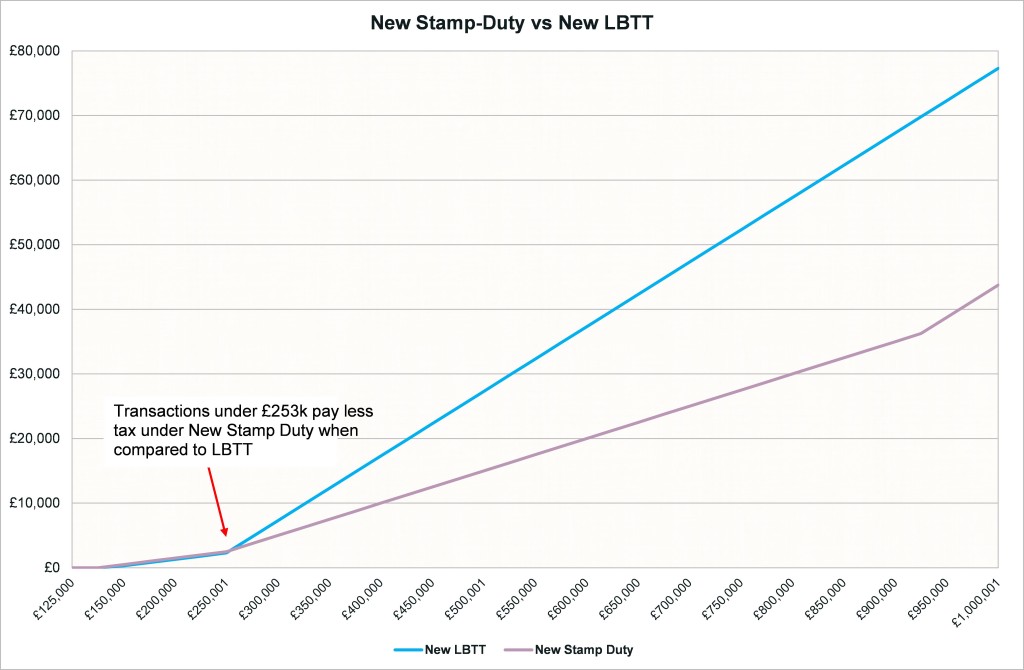 For those in the middle to upper ends of the housing market in Scotland, LBTT could be fairly punitive, whereas those at the lower rungs of the market are unlikely to save much. This has implications regarding whether LBTT can be revenue neutral in Scotland, as the Scottish Government intends, if it stalls the higher rungs of the market while doing little to stimulate the lower rungs.

Rettie & Co have argued for additional bands between 2% and 10% under LBTT to make the tax less punitive for the likes of those buying family homes in strong employment areas such as in and around Edinburgh and Aberdeen.

This argument now appears much more pertinent. After April 2015 those purchasing properties of the same value in Scotland and other parts of the UK will face different levels of property tax, which will vary markedly once they are valued over £300,000. This may have implications for: