Now that the full year’s sales data for 2016 has been released we have been able to review last year as a whole, and look forward to see what trends are emerging in the market this year.

Positive growth in the Scottish market in 2016  was constrained by a combination of political and economic events, as well as continuing melancholy in the Aberdeen market. These factors held growth in market turnover back to 1.1% annually.

Land and Building Transaction Tax (LBTT) continues to impact activity at the top end of the market, leading to sustained calls to reconsider the thresholds which are currently restricting activity in many urban family areas.

This year is set to be one of market consolidation as the decisions of 2016 continue to cast their shadow over the economy and housing market in 2017. 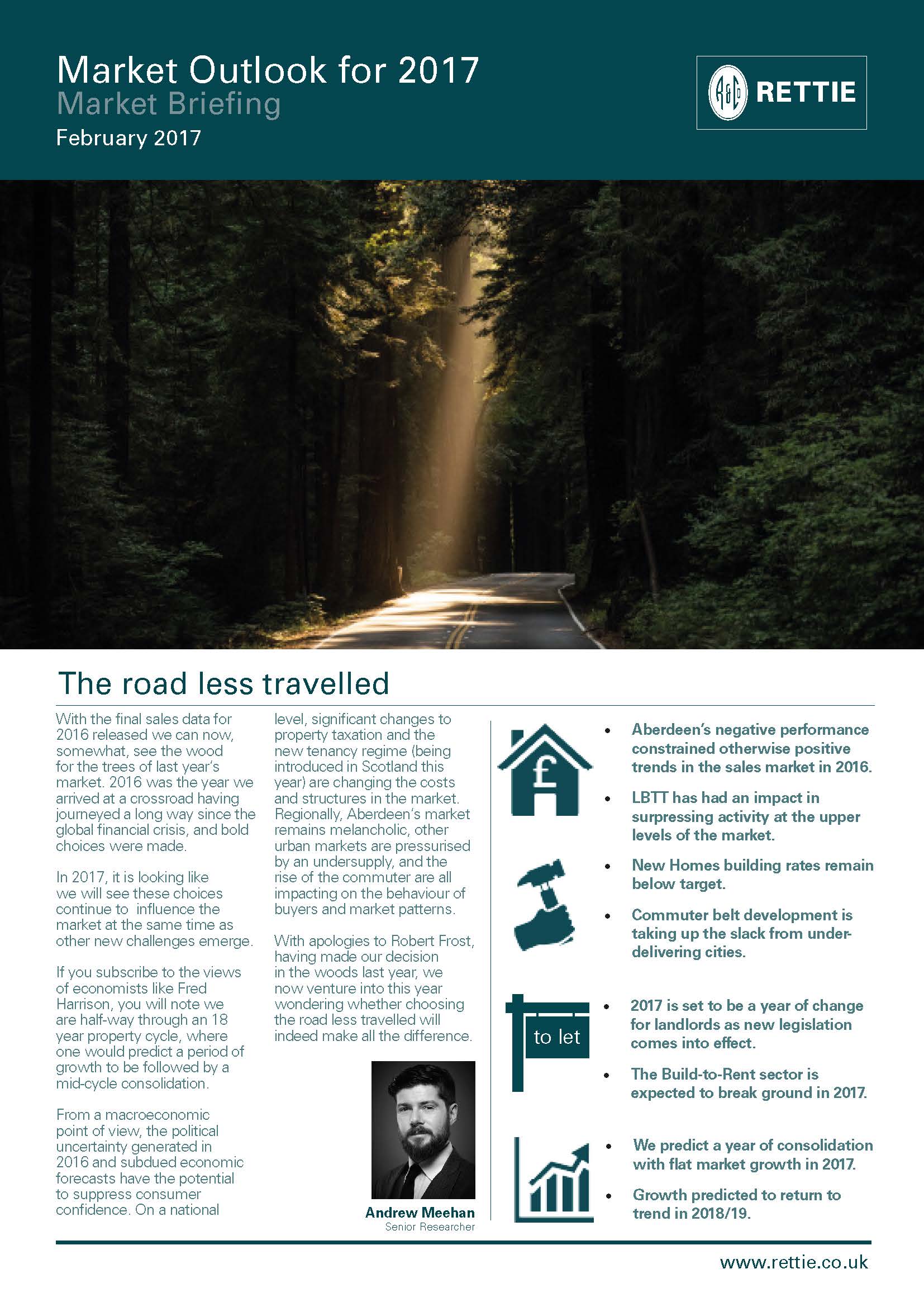