Post Election Nuggets – Curtice, the Queen and the under 35’s

Well done again John Curtice. Yet again, we could all have gone to bed at 10pm when the nation’s favourite psephologist correctly called the result before any of the 35 million or so votes were even counted.

You did half expect a noose to emerge from the gantry he stood on as the night wore on, but he was steadfast in his prediction and, eerily, prescient. Instead of having our now annual elections, should we not just get this guy to sample 3,000 people every so often and save the rest of us the bother? He could just send a note to the Queen and she could make the appointments in the usual way. Think of the money saved – not to mention the hot air and the coffee.

It’s all turned into a bit of a mess, with a hung parliament and a likely coalition between the Conservatives and their occasional bedfellows, the Democratic Unionists. However, a change of PM before long must be likely and yet another election to try and sort everything out again is on the cards.

In Scotland, the SNP had some staggering losses, but only from the highest high point that any party in Scotland has ever achieved. Nevertheless, the prospects of another Independence Referendum seem to have suffered a significant setback. We do still have a Nationalist Government here though and a Scottish Parliament pro-Independence majority. Until that changes, IndyRef2 remains a prospect, but just as PM May must now be ruing her exercise of Article 50, so too will FM Sturgeon be wondering whether it might not have been better to have left Section 30(2) in her desk drawer. It is worth noting that the share of the vote of the pro-Independence parties in this election in Scotland was just over 37%. And who would have thought that it was the election of Scottish Conservative MPs that prevented the PM’s position from becoming untenable.

So what will these results mean for the housing sector?

First, with the Conservatives likely to retain power, their existing pledges will remain in place. Initially set out by David Cameron in 2015, the Tories are committed to delivering 1 million new homes by the end of 2020. This is somewhat lower than the 1 million new homes, and 100,000 council homes PER YEAR, that a Jeremy Corbyn coalition would be seeking to deliver. Nor are we going to see UKIP’s cry for modular homes for the everyman, or the Green’s call for the abolition of Right to Buy in England & Wales. In contrast, Right to Buy for ‘fixed term council house’ is on the UK Government’s agenda, with revenues after 10-15 year ownership periods being reinvested in new housing stock.

As Curtice pointed out, one of the key elements of this election has been the youth vote. As everyone in the sector knows only too well, the area of arguably the greatest disenfranchisement for the youth compared with previous generations is housing. With advisers well versed in the housing sector such as John Godfrey (formerly of Legal & General), who heads up the No. 10 Policy Unit, expect a renewed focus on how to get the under 35’s onto the housing ladder.

Another major policy that has significant implications for the housebuilding sector is the Conservative ambition to make more land available for development through the use of Compulsory Purchase Orders (CPOs). Controversially, under these CPOs, land would be purchased not at post-planning prices, but at pre-planning prices, the aim being to allow councils to purchase housing land more cheaply for development. For landowners, strategic land companies and housebuilders’ land-banks, this may force their hand to avoid their land being purchased for less than expected. There can be no doubt that increasing land supply and development across tenures is desirable, however, land managers across the sector may be reviewing their strategies. It is often the Conservatives that deliver the most radical land policies. Remember Dudley Fishburn and the Leasehold Reform Act or, for those with very long memories, the Wyndham Acts of 1903? If not, it’s worth looking them up.

Turning North of the Border, despite a stronger than expected performance from the pro-Union parties, Nicola and the SNP remain firmly at the helm, albeit with a bit of a headwind against them. Housing is a devolved matter, so the SNP’s Scottish Parliament manifesto commitments from last year remain unchanged. These include the pledge to deliver 50,000 affordable homes by 2021, of which 35,000 are to be social rented homes. Beyond this headline policy, there are plans to invest £25 million through the Rural Housing Fund, and also the restoration of housing support for 18-21 year olds.

Given the prominence of the affordable housing target, the Scottish Government will need to pull out all of the stops to meet it. The SNP found themselves challenged during the campaign on their record of achievements, or ’the day job’. It is now clear that a significant demonstration of out-performance on the home front is of key importance to maintaining the possibility of an independence argument at some stage in the future. Housing is less of an ‘oil tanker’ than the NHS, if one wants to demonstrate an alteration of course in a short period of time, and the Scottish Government has a number of interesting tools ‘on the bridge’ if it chooses to use them in this sector.

Perhaps, one other area where change may occur, and impact on the housing market, is through taxation policy. While the Conservatives have a ‘right of centre’ tax policy, including increasing the higher tax rate to £50,000 and cutting Corporation Tax, Labour and the SNP are promoting policies with a focus on ‘social justice’. The SNP have recently voiced support for increasing the top rate of tax from 45p to 50p; increasing the minimum wage to £10 per hour by 2021/22; an increase in the bank levy; a bankers’ bonus tax; and the cancellation of further cuts to Corporation Tax. These policies may have many bar stool economists polemicising on the Laffer Curve. Whether one subscribes to this in practical reality, experience from the property sector and Land & Buildings Transaction Tax (LBTT), shows the SNP do have form in introducing taxation policies with unintended consequences while trying to pursue a ‘progressive’ policy. If you forgot all about our analogy between LBTT and a toddler having tantrums, you can read it again here. The risk is that an increase in the higher rate of income tax could have a similar outcome, with a potential to actually lose a net £30 million in revenue. It is hard to describe actually collecting less tax as ‘progressive’.

So after 51 days of strong and stable slogans, U-turns, shortening polls, Shadow Cabinet reshuffles, and presidential-style character assassination politics, what has changed? In short, for the housing sector, it is much of the same but arguably more of it. Both parties remain in power North and South of the Border with core pledges unchanged. What will be telling is whether the sentiments being expressed regarding the imperative of tackling the housing shortage will actually translate into long overdue action.

But politics is fast-changing these days. On the train down to London, around this time last year and just after the EU Referendum, I read an FT article called ‘The First 100 Days of Prime Minister Johnson’. By the time I got off the train, the article was redundant as BoJo withdrew his candidacy. 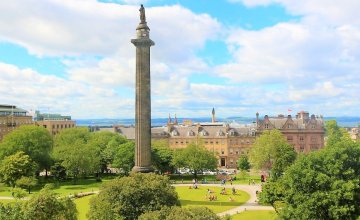 Staying at home in the UK for our breaks will be on the cards for most of us this year. There is no greater place to visit than Edinburgh, the capital city of Scotland. 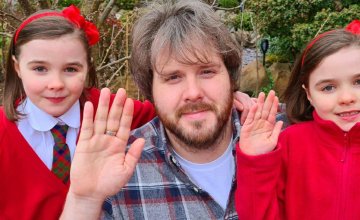 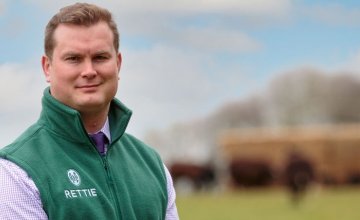 We are very pleased to announce that we have a new leader joining us to manage the Melrose and Berwick offices and support the continued growth and strong positions we hol...