Another very successful AgriScot event took place at Ingliston on 21 November. What is always a great opportunity for those seeking commercial and technical answers to the myriad of different questions that arise for farm businesses and advisers, was this year accompanied by regular discussions and conversations that referenced the political firestorm that has been consuming our news feeds in recent weeks.

Since Prime Minister Theresa May’s crunch meeting with her top ministers last week, two Secretaries of State and several other members of the Government have resigned in protest to her EU Withdrawal Agreement. What has been treated as the elephant in the room by some in the industry was addressed directly in the Highland Hall on Wednesday as NFU Scotland’s President Andrew McCornick and Scotland’s Cabinet Secretary for Rural Economy and Connectivity Fergus Ewing headed a seminar that discussed the current priorities for Scottish farming and the challenging times facing the sector. The Rettie & Co. Farm Agency team were present to hear Mr McCornick’s call for politicians across all parliaments to deliver certainty to farmers and crofters on the long-term future of the sector. He said the publication of the draft Brexit Withdrawal Agreement and the outline Political Declaration on the future relationship between the United Kingdom and the European Union was progress and took the prospect of a deeply damaging default of a ‘no deal’ off the table.

In a dynamic seminar, Mr McCornick stated that: “The draft Brexit Withdrawal Agreement, while not perfect, will ensure that there are no hard barriers on the day we leave the European Union, and will allow trade in agricultural goods and UK food & drink to continue throughout the transition period largely as before.

“This opportunity needs to be taken as it offers free and frictionless trade, no tariffs, no non-tariff barriers and no resorting to WTO rules on day one.  Importantly, it also presents a pathway to future trading arrangements being put in place."

“That same level of certainty must also be delivered around the Agriculture Bill passing through Westminster just now. We issued a clear statement last week on the concerns we have around elements of the Bill and Scotland’s part in it."

“Given the uncertainties around Brexit, we need both Westminster and Holyrood to make some very clear and meaningful commitments to our industry.  I am not interested in all the political machinations around this process.”

These statements echo and support the thoughts that Rettie & Co. laid out in last month’s post on this blog and our conversations with farmers and other advisers at AgriScot last week: at a time when farm businesses have so much to consider, there will be no substitute for political ratification of the various unknowns that are currently confronting the industry. 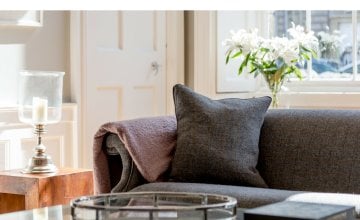 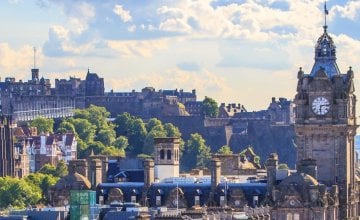