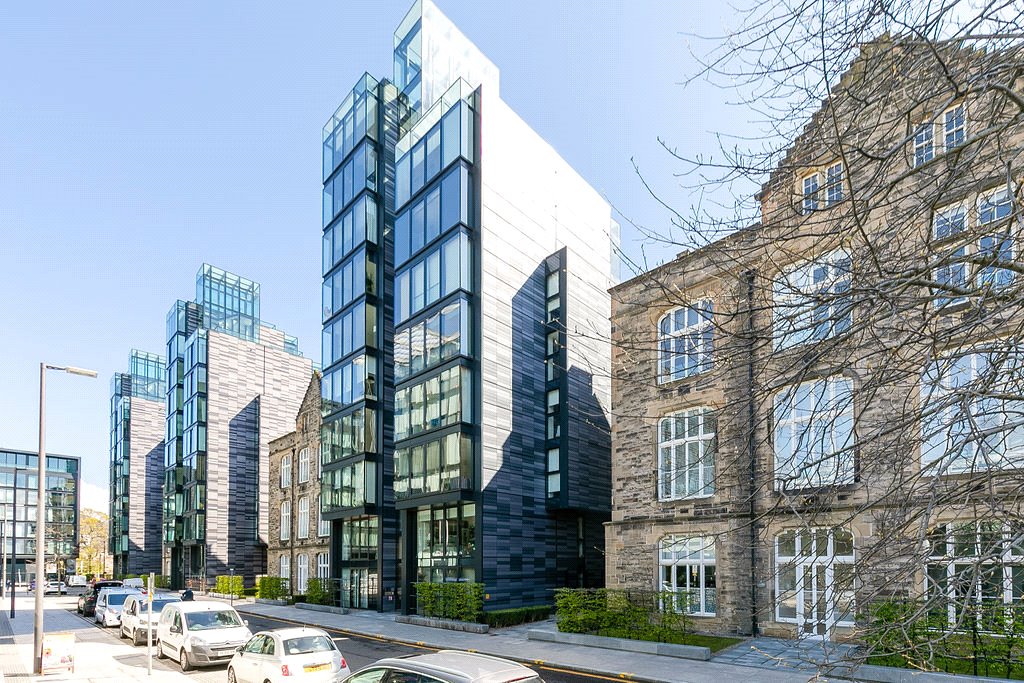 A Tale of Two Cities

Rivalry between cities is age-old and ubiquitous, from ancient Greece through the Italian city states and on to the modern era, neighbours have claimed superiority over neighbours. Travel to Sydney and Melbourne, New York and Boston, Madrid and Barcelona, and ask locals about their neighbour and this will be apparent. Perhaps the king of rivalries in Scotland in the modern era is Edinburgh vs Glasgow. Whether you believe this rivalry started with the first recorded squabble over 300 years ago in 1656, when Glasgow City, voicing concern over the poor quality of bread being baked in the city, was met with two Edinburgh bakers offering to bake Glaswegians bread that was up to Edinburgh standards. Since then, the jibes have not stopped.

In the context of this rich historical banter, which preceded the naming of New York by 8 years and the founding of Sydney by 136 years, it is potentially a good time to revisit this rivalry in a comparison of the two cities’ rental markets.

5-year annual compound growth rates in Glasgow are now higher than the Capital for the first time in this market cycle.

The gap between average rents in Edinburgh and Glasgow has narrowed to +25% during the pandemic.

Edinburgh has seen positive average rent growth return having experienced a downturn during the pandemic.

The two cities also have different geographies and drivers. In Edinburgh, the City Centre has long been the focus of the rental market, with the New Town and Stockbridge commanding a prime place in the city. With the exception of Leith and parts of Gorgie, the highest density rental neighbourhoods are concentrated within 2km of the City Centre. By contrast, Glasgow’s train network and the Clockwork Orange Underground, a service not available in the Capital (as often noted by Glaswegians), means neighbourhoods up to 6km from the City Centre, such as Pollokshaws in the south and westward to Anniesland, have high levels of private rental tenure. With Edinburgh’s Tram, this pattern looks set to change with large-scale Build to Rent neighbourhoods planned in West Edinburgh and north in Western Harbour.

Another major difference between the two cities has been the rise of Airbnb and the short-term rental market. As a leading tourism centre and home to the world’s Largest Arts Festival (humble brag), Airbnb and the short-term rental market in the Capital has exploded in recent years, and this has had a noticeable impact on the rental sector. In Glasgow, the number of Airbnb listings peaked at 3,616 in Q3 2019 before falling to 2,090 in Q2 2021. With 317,000 dwellings in the city, this represents a peak of just over 1% of dwelling being listed on Airbnb. By contrast, Edinburgh saw peak listings in Q3 2019 at 14,186 before falling to 6,795 in Q2 2021. With 255,000 dwelling in the city, this represents around 5.5% of the housing stock at peak being listed for short-term let. The change in demand for short-lets over the pandemic has had a far more notable impact on the private rental sector in Edinburgh, with more stock looking for residents while tourism and student demand has waned.

With these differences in mind, it is time to put the two cities head-to-head.


In terms of average rent, Edinburgh is more expensive than Glasgow, with the average rent in Q2 2021 in the Capital reaching £1,115pcm compared to £882pcm in Glasgow. However, what is notable is that, while this represents a premium of 26% for the average Edinburgh rent compared to the average Glasgow rent, this gap has narrowed sharply over the past 2 years.

Over 2018 and 2019, the average rental difference between the two cities peaked at 44%, above the long-term average of around 35%. This sharp narrowing of premium between average rent has been a function of the unique circumstances impacting the Edinburgh market, particularly around the rise and fall of the short-term lets sector, while Glasgow has remained more consistent.

A comparison of average rents on a £/sqft basis shows the difference between the two cities. The average £/sqft rate in Edinburgh’s City Centre is around the £19/sqft rate, weakening to low double digits in more outlying areas. In Glasgow, the desirable West End averages around £14/sqft. This represents a premium of over a quarter on the city on a £/sqft basis, where average £/sqft rents are in single digits in most areas.


The change in market dynamics between the two cities is perhaps best illustrated by growth rates over time. The strong growth experienced in Edinburgh from 2014 onwards can be seen below. The compound annual growth rate (CAGR), based on the preceding 5 years, peaked at over 6% in 2018 having been above 4% for the previous 4 years. In Glasgow, the 5-year CAGR peaked at 4.9%. A number of factors came together to drive down Edinburgh rents.

First, the Edinburgh market had seen a period of exceptionally strong growth to 2019, so had already entered a period of slowing growth before the pandemic. When the Covid-19 pandemic arrived and restricted flat moves, economic migration, tourism and student demand, the market in Edinburgh cooled more dramatically, with average rents falling in the city by over 1% year on year. Despite the pandemic, Glasgow average rents rose 9% from £810pcm to £882pcm. This has meant that, in the five years to Q2 2021, the compound annual growth rate in Edinburgh has fallen to 2.5% while Glasgow has remained consistently above 4.5%.


So where does this leave the rivalry? Edinburgh’s rental market has clearly been more impacted by the pandemic, with key sectors of the economy, which drive rental demand, being accutely impacted. By contrast, Glasgow’s rental sector has remained more stable resulting in strong growth figures over the short- to medium-term. With lockdown restrictions easing, tourism returning and economic migration resuming, average rents in Edinburgh have already returned to postive growth in Q2 2021. For Glasgow, economic recovery is also expected to drive demand and support consistent rental values in the city moving forward.

While much has been made of the flight from cities and the rise of remote working, while different in character, both cities are similar in offering vibrant and economically dynamic urban lifestyles and quality of living. It is for these similarities, rather than their differences, that we expect urban demand for both rental investment and rental living to return over the latter half of 2021 and into the future.