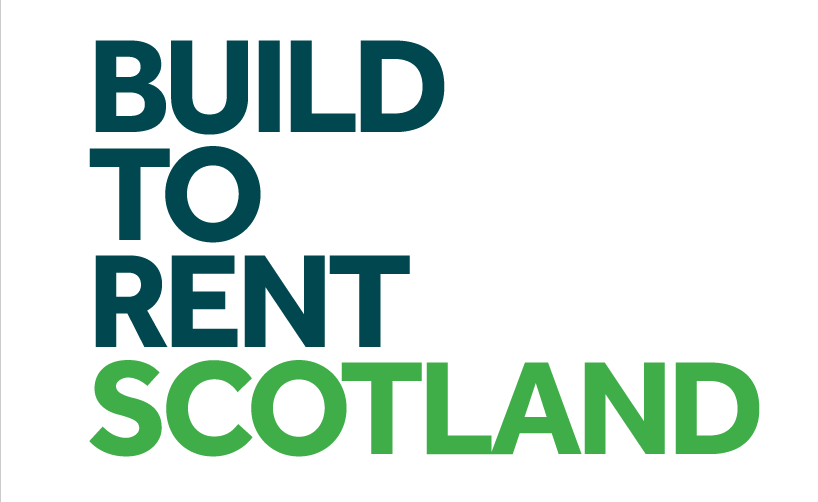 BUILD TO RENT IN SCOTLAND BTR pipeline continues to accelerate

summer 2020
We are delighted to share our latest detailed Build to Rent Briefing with you, which shows a rise in the number of operating and pipeline BTR homes to nearly 9,000, up 24% in a year.

"As in the rest of the UK, the BTR sector has continued to grow in Scotland in the last year and, despite the pandemic, developer and investor commitment to the sector remains strong. Once fully up and running, BTR will become a major provider of housing in Scotland and generate significant economic impact. It is also encouraging to see affordable BTR homes being provided with more MMR schemes being funded by public and private capital." Dr John Boyle, Director of Research

BTR STRENGTHS SHINE THROUGH THE DARKNESS

There can be no doubt that 2020 has been an unusual year, with the property sector experiencing a particularly acute impact. The effects of lockdown are set to have long lasting implications from the individual household level to societal issues of housing supply. During the Covid-19 outbreak, the Private Rented Sector (PRS) has made many headlines, as the nature of the landlord tenant relationship once again comes under scrutiny. With over 350,000 PRS households in Scotland, the sector plays a crucial role in the country’s housing system. During lockdown many of the accepted housing assumptions and practices have been tested. Against this backdrop, the Build to Rent (BTR) service and delivery models have emerged as offering clear advantages over the traditional landlord.

• In dealing with the most pressing human issues relating to Covid-19, the centralised management of BTR properties and BTR services have offered practical advantages in the lockdown.
• High speed broadband enables effective homeworking.
• Delivery lockers and cool rooms allow contactless delivery.
• Centralised management allows for easier cleaning and repairs.
• Existing communications channels with residents and neighbourhood community groups have enabled tenants to be kept up to date and remain socially connected.

With mental health, as well as physical health, being a major concern during lockdown, it is important to maintain community connections. At Rettie & Co. we have seen a marked increase in usage of our resident portal and engagement in community forums, something we hope will continue.

The institutional nature and professional management of the BTR offering has also given us the ability to provide advice and information to residents in regular and timely communication, as well as individual assistance and signposting for anyone facing hardship. This has enabled us to maintain a 98% collection on rent roll, showing BTR to be a robust investment during the most difficult of times.

From a market perspective, there can be no doubt that BTR, much like the wider PRS, is going to be facing a difficult short-term outlook. There are likely to be delays in the delivery of planned developments. However, weaknesses in the sales market, constrained new housing supply, as well as potential challenges for affordability and lending in the wake of the lockdown, may attract new households to the BTR sector. In addition, if there is a lasting economic downturn and weak house price growth, then the financial attractiveness of buying could wane, leading to a rise in rental demand. In the wake of the 2008 Global Financial Crisis, with lending retreating and a stagnant sales market, the PRS tenure increased 5 percentage points across Scotland, 6 percentage points in Glasgow and 10 percentage points in Edinburgh.

Looking ahead, new BTR supply is still slowly progressing and has not yet translated into high volume homes to occupy. However, new funding announcements for Moda Living’s Springside development in Edinburgh by Apache Capital Partners and alternative real asset investment firm Harrison Street, and the new BTR scheme at Distillers House in Glasgow, are examples of continued confidence in the sector.

POTENTIAL SUPPLY ON THE RISE

The BTR sector in Scotland has continued to grow over the past 12 months, with more schemes being approved or progressing through the planning system. This has included a number of new developments electing to choose BTR as the solution or partial solution for their sites. Announcements of new schemes in both Edinburgh and Glasgow over the last year demonstrates the interest and confidence in the BTR sector in Scotland, despite current headwinds. This confidence has seen the overall pipeline in Scotland increase by over 1,500 units, from 7,236 units to 8,941 units since our previous Briefing last Summer.

In Edinburgh, prominent schemes, such as New Town North by Ediston, located in the prestigious New Town, will bring BTR to a prime central location. Parabola’s bold masterplan at Edinburgh Park will deliver a new neighbourhood, with a mixed use scheme including over 900+ BTR homes as part of a 1 million sqft commercial development. The variety of schemes being considered shows the range in BTR investment in the Capital, where site availability remains a constraint. The most visible sign of this confidence has been the recent funding confirmation of Moda’s Springside development by Apache Capital and Harrison Street despite the economic uncertainty arising from the Covid-19 lockdown.

Glasgow has seen a continuing expansion of proposed BTR schemes, with site availability in the City Centre less constrained than in Edinburgh. The total number of BTR units in the city’s pipeline continues to rise and is now almost 4,500 homes. Again, in contrast to Edinburgh, the majority of the planned BTR units in Glasgow are in large-scale masterplans and higher volume schemes typically between 300 and 700 units. The increased density of schemes in Glasgow can drive economies of scale.

It is notable that there has been less supply emerging in Aberdeen and Dundee, where challenging market conditions and the size of the market, have made it more difficult to attract the same level of funding interest. However, in Aberdeen, Dandara is progressing their Triplekirk scheme in the city centre, which will deliver over 340 units.

Overall, while the Scottish BTR sector is continuing to grow in terms of pipeline, delivery looks constrained with the number of operating units still only in the hundreds nationally. It does take time to develop sites, especially large-scale strategic sites where the bulk of the pipeline is located, and the market lacks the benchmark evidence available for other property classes given the embryonic nature of the sector, which has probably contributed to some nervousness to ‘push the button’ on a number of schemes. The current Covid-19 pandemic and continuing concerns about the future political and economic outlook in the UK and Scotland will only augment such nervousness and caution.

However, there is tangible progress now happening and once schemes start getting out of the ground and demonstrate viability, a surge in activity is still expected. A notable change this year has been the fall in the number of units in the planning system, which is down from over 2,000 units. This reflects the major schemes progressing through the planning system and gaining approval. With the first wave of BTR schemes now through the system, there are a number of other schemes considering BTR and on the brink of entering the planning process.

Many of the major BTR players have now secured some exposure to either one or both main Scottish markets. In terms of operators / developer, Dandara currently retains the largest BTR pipeline, with high volume schemes in Dyce, Aberdeen and Glasgow. Dandara also remain the only provider currently operating BTR at scale in Scotland. PLATFORM_ have moved into second place, with their plans to significantly increase the volume of units being delivered at the Former John Lewis Depot site in Edinburgh. Moda, with their sites at Springside in Edinburgh and Holland Park in Glasgow, have the next largest pipeline of units in the Scottish market.

In terms of funding, L&G have been active with major schemes at Buchanan Wharf in Glasgow and Skyliner in Edinburgh. This and other investment means that the total value of construction contracts for delivery of BTR units in Scotland now exceeds £1 billion, with more than half of that figure concentrated in Glasgow.

There are a number of other schemes, especially in Edinburgh, which are now considering BTR as a possible strategy. If these sites progress, then the pipeline of BTR units in Scotland looks set to continue to expand and Edinburgh should narrow the current gap with Glasgow over the next year.