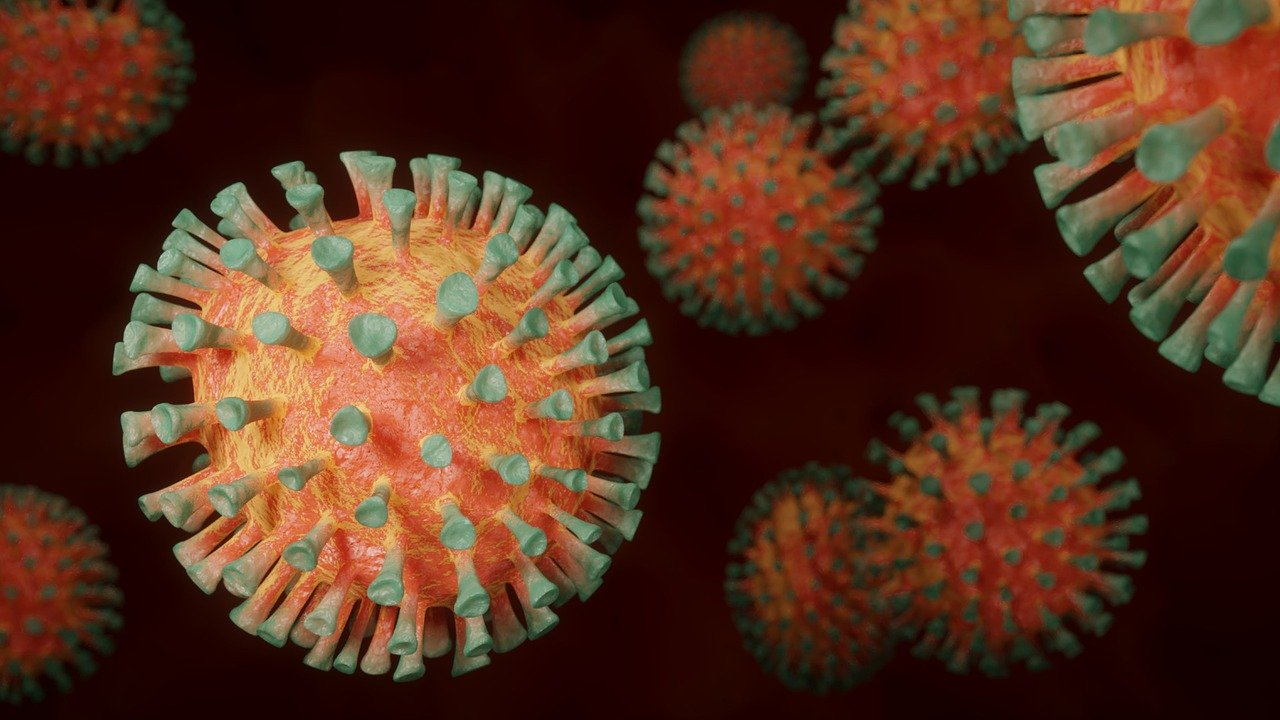 A A Comparison with Other Recessions, The Same But Different

"Our 2020-22 forecasts demonstrate the impact of the global pandemic on the housing market. Transaction activity is almost negligible just now and the market will not reopen until the lockdown is over. Even after this, requirements such as social distancing will continue to have an impact and it is difficult to see a return to normality for some time. Prices should be more stable if a lid can be kept on distressed sales. The housing market will still function post-lockdown and firms like ours will adapt to serve customers in new ways." Dr John Boyle, Director of Research

A Comparison with Other Recessions, The Same But Different

As we navigate the tides of Covid-19, the media reporting of the crisis and Government proclamations, the focus for many is now looking beyond the stasis of lockdown. Whether an individual considering their next house move or a developer considering future projects, taking a view on the market that we emerge into is essential. Currently, there is a huge range of opinion, from the bold optimists predicting a swift V-shaped recovery, through to a prolonged depression worse than the 1930s from more pessimistic doom-mongers.

Before we jump forward to Rettie & Co.’s new forecasts, it is worth giving some context to the previous housing market downturn, which many of us experienced back in 2007/09. There are differences between then and now, but the comparison gives some context to likely impacts.

In the 2007/09 crash, a banking crisis saw a withdrawal of finance contributing to transactions in Scotland falling c.55% over 2007 to 2009. In the 23 months from the end of 2007, the number of sales per month fell continuously compared to the same month a year earlier. At the same time, average house prices also fell. However, this fall was nominally only a few percent as households eschewed the risk of value loss and withdrew from the market or could not access the market due to the eradication of mortgage finance.

Fig.1 Transactions have been more volatile than values over the course of this cycle
Scottish Year on Year % Change in Sales, Average Prices and Market Turnover

Clearly, the dynamics under the Covid-19 lockdown are materially different - the market was not in bubble territory going into this; the banking sector is more robust; and the Government is effectively underwriting earnings. However, the lockdown is still a huge economic shock and there will be a significant drop in economic growth and earnings for a time afterwards (Link to Bank of England Monetary Policy Report). As virtually all politicians seem to declare now, there will be a ‘new normal’ where social distancing, bouts of self-isolation and remote working will limit societal interaction for a time going forward, including in the buying and selling of houses. 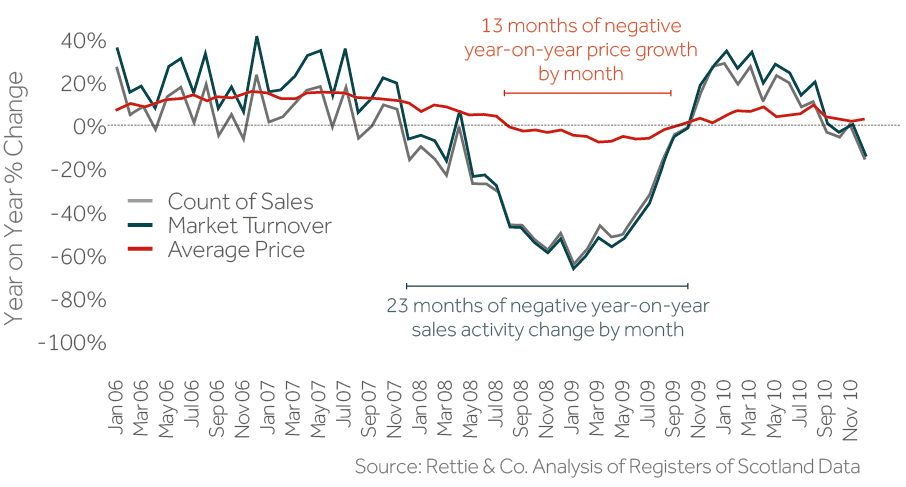 Necks on the Line

Our forecasts are informed by previous housing market trends (especially in recessions) and current economic data.

The transactions forecasts are based on the available data for January-March 2020, assuming no activity in April and May, emerging out of hibernation in June 2020 (on a similar basis as February, traditionally the low annual point for sales) and then assumptions for the rest of the year from July-December. A positive scenario assumes that July-December follows the 2019 pattern, with the market boosted by pent-up demand post-lockdown. In the circumstances, most agents would probably ‘bite your hand off’ if offered such an outcome now. However, it would still see the market down 20% over the course of 2020 (a fall of approximately 20,000 transactions annually). A more pessimistic and, at this stage, a more likely scenario, would see July-December sale levels more akin to a year like 2013, when the market was still emerging after the crash. Such a scenario would see a 35% drop in sales activity (a fall of approximately 36,000 transactions annually).

In keeping with economic forecasts, the optimistic scenario assumes a bounce-back in 2021, with the market returning to 2019 levels again by 2022. The more pessimistic scenario would see activity taking another year or so to recover.

As in 2007/09, we would expect that the main hit will again be in transactions rather than house prices.  With interest rates at historic lows and government packages to support employment, it is unlikely that we will witness high levels of distressed sales, as happened in the UK in the 1989-91 crash, which would see prices plummet. Price growth was also limited going into this recession, with almost negligible growth across much of Scotland in 2019. However, some correction can be expected as there will be people who need to sell. Nevertheless, lower levels of transactions should underpin prices, particularly in strong demand areas like Edinburgh.

Fig.3 Under the positive scenario transactions will be above 2019 levels by 2022
Rettie & Co. Transactions Forecast for Scotland 2020-22

Our price forecasts are therefore a relatively small fall in 2020, recovering in 2021 and 2022. The market fundamentals of demand exceeding supply in many parts of Scotland should continue to see price growth going forward, although it is important to realise that, when adjusted for inflation, prices are still down over 10% on 2007 levels.

Perhaps the overriding concern about the reliability of this price forecast is the potential for a jump in unemployment,  especially if lockdown in some form or another persists for a time. A significant increase in unemployment will likely push up distressed sales and push down house prices. The unemployment level will be a key bellwether in the market going forward.

Fig.4 Under the base scenario average house prices will recover in 2021
Rettie & Co. Average Price Forecast for Scotland 2020-22

While this risk is clear and present, the impact is likely to be more nuanced and differential on specific geographies and markets. The challenging truth of unemployment and loss of income is that it will be younger households and women who are over overrepresented as they are the majority in the industries facing the greatest financial challenges.

In addition, many rural geographies dependent on tourism are also likely to be harder hit than urban centres with higher levels of public sector employment. This means that while high unemployment rates will impact the sales market, its impact might be more acute in the Private Rental Sector, which has a high proportion of younger households.

Another key bellwether is lending. While there are restrictions in mortgage lending and doubts about future valuations, there are not the fundamental structural issues that there were in 2008 and the banks are more robustly capitalised and lending remains available, even if product choice has retreated temporarily. Measures such as first-time buyer mortgage payments as percentage of mean take home pay were at 30.6% at the end of 2019, their lowest point since 2004, and well below the 52% peak in 2007. The lending market is not as over-stretched going into this crisis as it was going into the previous one.

As the futurologist Paul Saffo said, “The goal of forecasting is not to predict the future but to tell you what you need to know to take meaningful action in the present.” In the Research Team at Rettie & Co, we have always been proud of our mantra of, “We will tell you what you need to know rather than what you want to hear.” And so it is in the current difficult situation, we are laying out our views and analysis as objectively as we can to help our clients make their own decisions. We will be updating this piece as the year goes on, paying particular attention to the bellwethers identified above.  Stay safe.

The Times
The Times - Brics & Mortar 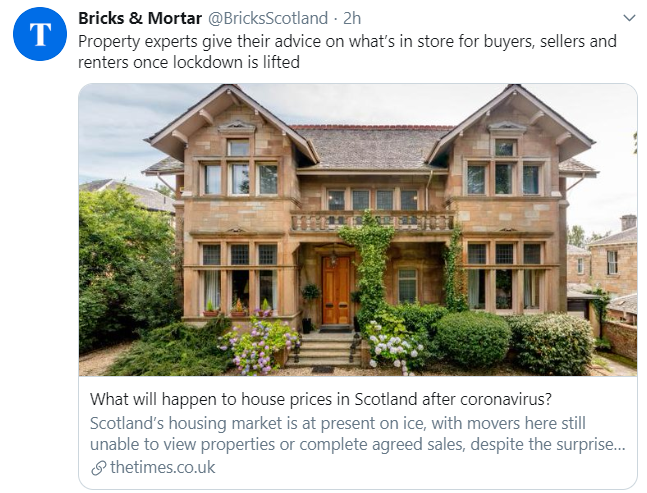